In the beginning there was one creator who started it all: 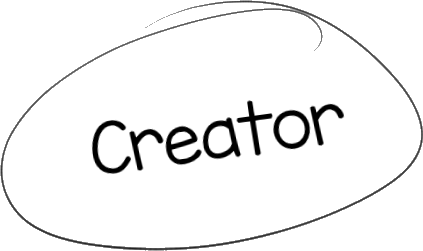 Over time the creation becomes too large for one person to manage, and so the team of one starts a journey to scale up to a cast of tens, maybe even hundreds, and in some cases thousands. The first step is dividing responsibility and/or expanding capacity in key skill sets. Knowing what you need to do to advance the product mission will drive the direction you take in expanding the team. The first few steps for many teams is bringing on board smart people who can get stuff done. Job titles express the types of skills needed but not a focal point for the first few people who join the team.

As the team grows, or if it incubates in a larger organization, you will likely reach a point where the job title starts to hold more explicit value. Levels are introduced to differentiate depth of expertise - Junior, Intermediate, Senior, and Principal. People use the combination of level and title to:

As with any tool job title have drawbacks as well. For one, people rarely fit into a single a box. A title can make you feel pigeon holed into one area where in reality your interests can go well beyond the title. By limiting the recognized contribution scope the organization may not be realizing the full potential of the teams they create.

When an organization creates and governs a career ladder they make significant effort to standardize definitions. Where it is not granular enough it can create a question of fairness. When it is too detailed it can self-limiting with fear of inadequacy or failure in reaching up to the next level.

Plan the Future and Recognize Limits

Using the job title as a tool to plan the growth of an organization is useful, even with its imperfections in mind. While I seek to build cross-function teams of smart people who get stuff done, the title and scale of the job helps me to model how teams might grow to tackle the mission in front of them. I think about titles and scale in a product development team using several axis: 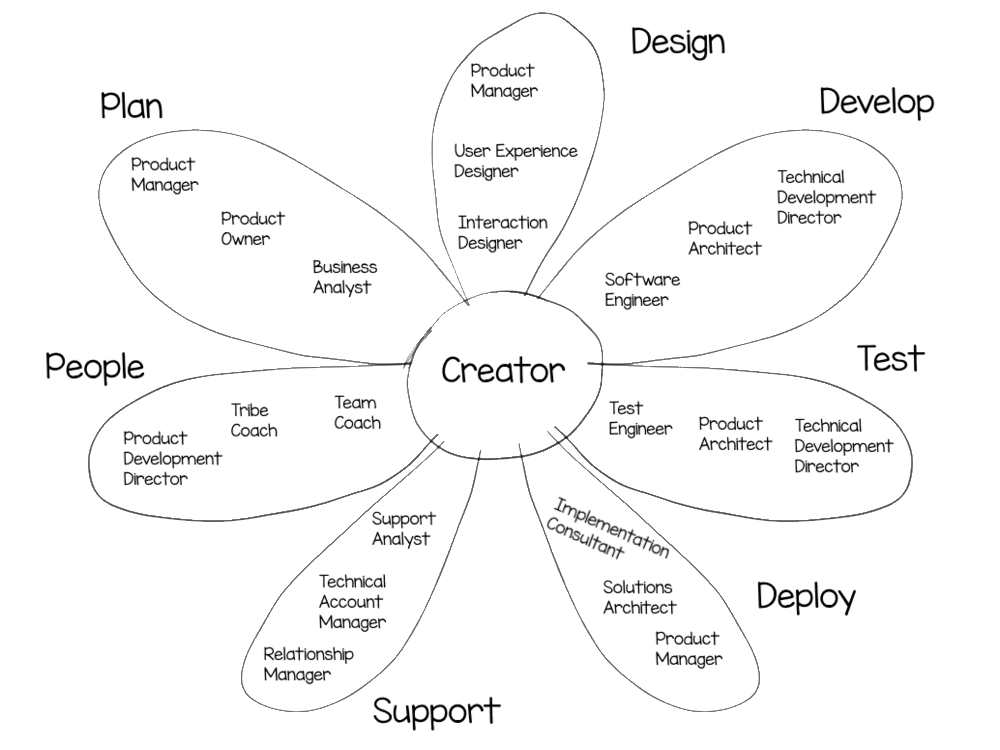 Models are also useful in signaling when the structure and people are not optimal:

Reshape Job Roles with the Team

Teams that regularly inspect and adapt how they work stand the best chance of keeping pace with the changing world. Before looking at team roles check up on the mission. If the team’s mission is not something that they truly understand, can own and deliver on, then it must be addressed first. Without a clear and achievable mission there is little point in discussing how people contribute towards it.

Beginning with an open discussion about the mission, the team should be front and center in the discussion on roles. Make it a safe discussion that allows them to switch into the forming stage of development, especially if they have worked side-by-side for a long time. With the stage set you can identify the common behaviors that is expected from each other in the form of a social contract. Next inventory the types of activities needed to achieve the mission. Use individual tools like personality tests and role type models to understand the boundaries and comfort zones of individuals. Enable people to practice their primary role and sign up to other roles needed by the team. The end state is each person has a list of the one or more roles they play in achieving the mission. With the definition of roles in hand, teams can begin to build their bond with peer commitment at the center. If you are the leader, your job goes beyond this facilitating this activity to:

The world is constantly changing, and the team is no exception being a complex, living system. Team comes together to live the story, characters come and go, plots can take an unexpected turn. When the story is done, roll the credits, and get ready for the next adventure.